GIVE KATE A VOICE

Charlotte Evans is a Film Director based in Auckland, New Zealand. She started her film career in London in 2008 where she trained as an editor under Rick Waller. Since returning to NZ, Charlotte has worked as a freelance director and editor on a variety of different projects ranging from TVCs, Music Videos, TV Series, Documentaries and Short Films.

Charlotte has Directed numerous music videos for artists such as Kimbra, Aldous Harding, Benee, The DMA’s and Marlon Williams. In 2018 Charlotte directed an all-female team to create a film that commemorated 125 years of suffrage in New Zealand. This project received an Honoree Webby Award, Silver at the NZCINE awards, Silver at Best Design Awards and Won Best Costume Design at NZTV awards. Four of Charlotte’s music video’s made official selection at the Clipped Music Video Festival 2019, and 3 made official selection for 2020 with Benee Blu being selected as a top 5 finalist.

In 2020, Charlotte’s short film OK Chlöe was selected for Short of the Week festival, Cinequest and Feminista Film Festival 2021. This film was also selected by The Guardian and The New Yorker Documentary series. Following on from the success of her short, Charlotte is currently in production on a feature-length documentary following Chlöe Swarbrick for the next parliamentary term.

Charlotte is in the final stages of post-production on her soon to be released documentary Nowhere To Be. This film is an intimate portrait of humanity that pulls the curtain back on those who usually stay silent behind the camera. The whole film was shot in April 2020 at the beginning of the global pandemic and features 34 cinematographers from 22 countries. 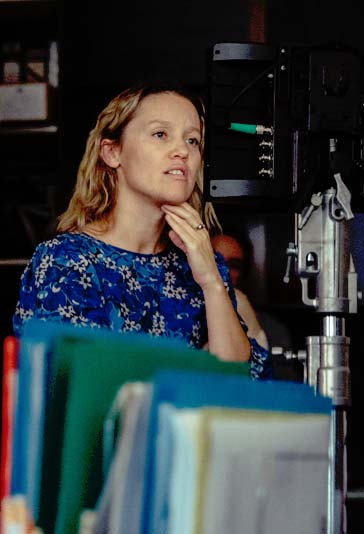