Etienne Aurelius was born and raised on the Hawaiian island of Kauai, and has quickly established himself as an internationally-recognized, award-winning filmmaker. In 2017, Etienne won two American Advertising Awards for Best Commercial and Best Commercial Series for his work with Kualoa Ranch and also won the prestigious 2017 WSL Ride Of The Year award for his cinematography of Billy Kemper’s 60ft wave at infamous Maui surf spot, JAWS.

In 2018, Etienne’s directorial abilities caught the attention of Jason Momoa who appointed him as Director of Content for his production company, On The Roam. During his stint, Etienne created 80 commercials, short films and documentaries in 2019 alone.

Etienne won the LA AWARENESS FILM FESTIVAL Jurors pick and The Awareness Award for his documentary, We Are Mauna Kea, featured on CNN. Along with wining the 2019 YUCCA VALLY FILM FESTIVAL for best documentary with his short film Love Cycles. Etienne was also featured in Vogue Magazine for his work with Jason Momoa & Lisa Bonet for their Oscar Spotlight.

In 2019, Etienne worked with Netflix to direct a documentary for their original series, Frontier, starring Jason Momoa and soon after was hired by Apple Tv+ to shadow director, Francis Lawrence, on SEE, creating their official behind the scenes videos. Etienne then worked with Legendary Pictures, alongside Denis Villeneuve, Oscar Isaac, Timothee Chalamet, Javier Bardem, Josh Brolin and Jason Momoa for an exclusive behind-the-scenes documentary on the upcoming remake of Dune.

Etienne has since directed a six-part campaign for Harley Davidson Motorcycles and earlier this year spoke on a Sundance panel spotlighting On The Roam’s Youtube content alongside Jason Momoa, Will Smith and Madelaine Petsch. Most recently Etienne has completed production on his directorial debut film. 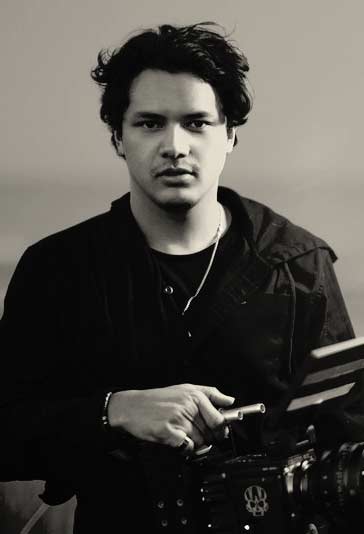