Clockwork Films has invested passion, creativity and capital into the development of quality content for broadcast, streaming and theatrical audiences. In a short time, we have built an impressive slate of scripted television, feature film, documentary and podcast projects based on True Stories and Intellectual Property with award-winning filmmakers and writers.

Our team brings a wealth of established and diverse talent to the table, comprised of passionate executives and producers with a solid track record of delivering gripping storytelling. We empower creators to develop thought-provoking, authentic stories that offer universal glimpses into the human experience.

With offices in Australia, New Zealand, Los Angeles and strong relationships with buyers across the globe, Clockwork is fast establishing itself as a hub for international filmmakers to have their voices heard.

In 2009, Marc was awarded the Emerging Filmmakers Fund from Screen NSW for the 30-minute drama Dark Horse. The film went on to showcase at over 25 international festivals and won awards at the Byron Bay International and St. Kilda Film Festivals. Marc’s commercial directing career has included major campaigns for Amnesty International, Mercedes Benz, Volkswagen, Telstra and many more.Marc has directed episodes of the award-winning Event Zero series for Movie Extra and the Screen Australia-funded sci-fi series Airlock for SyFy and Deadhouse Films. Terminus, Marc’s first feature film as writer-director, was released worldwide by Vertical Entertainment in 2016.

He was also a co-writer on the 2018 actioner In Like Flynn and the Netflix Original thriller Sweet River. Marc’s screenplay Harlem 58 is a finalist in the Final Draft Big Break Competition. Marc has sold his first TV-series pitch, The Coves, to Chris Hemsworth’s Thematic Entertainment. His most recent short film A Perfect Circle picked up the Audience Award for Best Short at the 2020 Method Fest Film Festival. 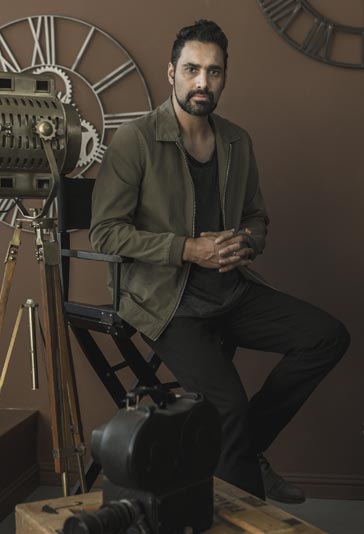