WHAT DO YOU FEEL?

ONLY A MATTER OF TIME

HER WORLD OR MINE

GENTLY BREAK IT IN

Keenan O’Reilly is a writer director based out of Los Angeles. His unique visual style is marked by precise, calculated choices and grounded characters.. Keenan frequently works in commercial and music video formats but is most passionate about narrative storytelling primarily in long-form.

Keenan’s films feel like they are cut with a razor blade, not garden shearers. He believes that stories well-told have the ability to change people for good. Keenan moved six times before the age of 18. Originally from St. Louis, he is currently living in Los Angeles, but has a heart stuck in Colorado.

At 17, he ditched his school in Colorado to move to Florida by himself to be mentored at a production company. After his senior year, he left his college plans behind to chase his passion for film after being offered a job at the studio. Keenan lives in Burbank, California with his best friend and wife, Hayley. Close enough to the mountains to escape LA whenever they want 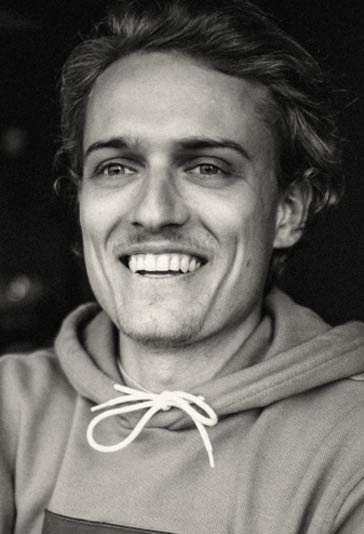