THE ART OF SIMPLICITY

Lincoln Caplice knew it was all over when his photographer dad first got him behind the lens. After ditching all plans for a regular 9-5, he joined the ranks of Modular Records at the height of their success, giving him invaluable insight into touring global acts such as Daft Punk, Justice, The Pixies and Beck, and on-set experience creating music videos for Tame Impala, The Presets, Cut Copy and other renowned Australian exports.

This laid the groundwork for working with youth culture and lifestyle publications and brands such as Monster Children and Deus Ex Machina, where he worked on advertising campaigns, artist profiles, large-scale events, and feature-length films I Had Too Much To Dream Last Night and South To Sian, which screened internationally to huge success. With an already a suspect amount of stamps in his passport, Lincoln dedicated the next two years to travelling the world with award-winning filmmaker Taylor Steele (Sipping Jetstreams, Castles In The Sky), working on feature films and commercial projects.

A reliable collaborator who can elevate any project to the next level, he currently works out of Sydney, Australia but his work has taken him around the world. Moving deftly between commercial and documentary filmmaking, Lincoln brings to every project a unique brand of character-driven work that resonates with audiences. Whether it’s creating sought after authenticity for big-name brands such as Lexus, Kirin, Samsung, Red Bull and Corona, or telling stories you can’t stop thinking about after the credits roll, Lincoln’s work is deeply human and constantly in-demand.

It’s probably time Lincoln bought his dad a beer and said thanks. 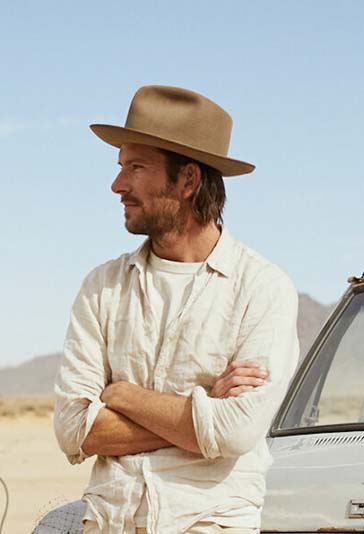