Mac Carter grew up in Red Bank, New Jersey, drove across country in his ’77 sky blue Chevy Nova, then put himself through college and grad school at USC working as an usher, a popcorn vendor, an assistant manager and a manager at some of the great movie theaters in Westwood.  In film school at USC, he took over teaching the school’s famous visual storytelling class when the professor went off mid-semester to work on a feature.

Out of school, Mac teamed with his film school friend, Jeff Blitz, to direct commercials at Anonymous Content.  Carter & Blitz were featured in Creativity and Shoot Magazine as “Directors to Watch” and were included in the prestigious Saatchi & Saatchi New Directorʼs Showcase. They won multiple awards including a Golden Pencil at the One Show and a Bronze Lion at Cannes.

As a solo director, Mac has expanded his client roster, directing campaigns for Mastercard, Coca-Cola, Toyota, Chevy, Jaguar, John Hancock, Intel, Visa, SBC, Kelloggs, Burger King, and McDonalds. To date, he has directed over 100 commercials all around the world and almost certainly sold more hamburgers than he’s eaten.

A lifelong artist and comic book fan, Mac created and wrote, The Strange Adventures of H.P. Lovecraft, a graphic novel published by Image Comics.  AMC is currently developing the series. 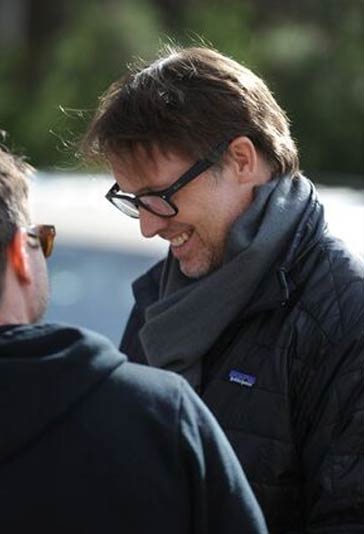