Ray grew up closely connected to his iwi, Whakatōhea and Raukawa, in small town New Zealand. He was one of the first students to complete all his schooling in a total immersion Ao Māori environment. Fluent in te reo Māori, his genuine and natural approach, makes him a delight to collaborate with. He has a cinematic visual quality to his work, that coupled with his natural ability to get a great performance from talent makes him one to watch.

Ray comes from an award winning cinematography background. Short film ‘Falling Up’ garnered him a Silver award for cinematography from The New Zealand Cinematographers Society and Jury prize at the New Zealand International Film Festival. He also won a Gold NZCS award for his Unicef commercial shot in South eastern Ethiopia in the town of Laga.

Working with Ainsley Gardiner & Briar Grace Smith on the recently released feature film ‘Cousins’, Ray became only the second Māori cinematographer to ever shoot a feature film.Completing this milestone has solidified Rays passion for film making and his desire to transition to directing.

In early 2021, Ray took a crew home to Opotiki and shot his short film debut ‘True Love’ on 16mm. It was an incredible experience for him to be able to bring his work home for this special project. Ray has also been collaborating with music artist Teeks, co-directing his last two music videos and they are currently in pre-production for a third.

“I think that I might have something to say and I might be able to say it in an interesting and entertaining way, and maybe someone who is like me who didn’t know anything about this kind of thing will see it and think they could also do it. Or even just see it and know that it is possible to do something like that.” Ray Edwards 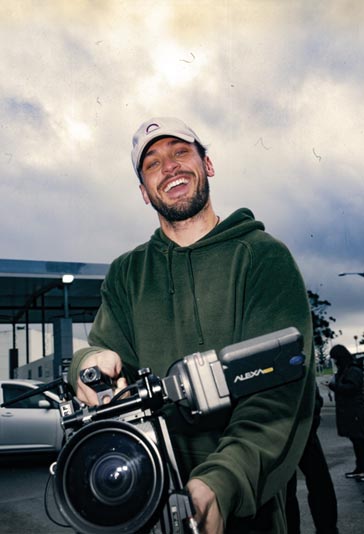